When the NFL agreed to require diverse interview slates for qualified head coach and general manager candidates, that one simple reform led to dramatic improvements — and has now been increasingly adopted by corporate America.

In resolving high-profile systemic discrimination pay and promotion cases, Cyrus and Pam worked with companies to pioneer the concept of “diverse candidate slates” as a required workplace reform.

When the NFL, after consulting with Cyrus, adopted new diverse slate interviewing procedures to expand opportunity for head coaching aspirants of color, this idea entered the mainstream. Now major corporations are rapidly adopting the so-called “Rooney Rule,” after seeing how it has spurred a substantial increase in diversity among the NFL’s head coaches as well as inspired state and federal legislative efforts to diversify other realms of corporate America. 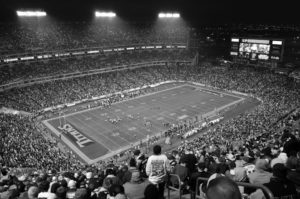 THE ROONEY RULE IN THE WORKPLACE AND ON THE FIELD

Cyrus was the architect of the original Rooney Rule Diverse Slate reform.

As co-founder of the Fritz Pollard Alliance, an affinity group for NFL minority coaches, front office and scouting personnel, Cyrus has helped dramatically change the face of NFL management through a reform developed for the historic Coca-Cola settlement.

Coca-Cola Settlement Initiates the Concept. In resolving pay and promotion race discrimination claims, including significant concerns about the representation of African-Americans at senior levels of the company, Coca-Cola agreed to implement a “diverse candidate slate requirement” for filling senior leadership positions along with other reforms. The Company experienced a substantial increase in diversity in senior management positions, and has become a national leader in diversity and inclusion.

NFL Adopts and Names the “Rooney Rule.” After Cyrus wrote a report with Johnnie L. Cochran, Jr. entitled, “Black Coaches in the National Football League: Superior Performance, Inferior Opportunities,” the NFL adopted a similar practice that become known as the “Rooney Rule.” The League required every team searching for a head coach to interview at least one person of color before hiring. Under this comprehensive diversity program the NFL has reached historic numbers of black general managers and head coaches. Since 2007, ten Super Bowl Clubs have been led by a minority head coach or general manager.

Now a Best Practice. Now widely recognized as a best practice, this approach has been formally adopted by a number of major corporations and other organizations.

Cyrus has years of experience with how to implement this approach effectively.

Cyrus continues to provide consulting and technical support for implementation by the NFL and other major organizations. This experience makes him particularly aware of potentially complex implementation issues and best practices for success. The Rooney Rule is more than a policy statement – it requires follow-through. Considering the impact of other management and hiring practices, workplace culture and leadership buy-in is essential to success. Building a robust pipeline in the feeder positions is critical — as is ongoing measurement and accountability. Otherwise it becomes a check the box exercise, rather than a significant benefit to the organization’s overall talent development program.

The Rooney Rule is just one of our tools for addressing race and gender equity.

We also help companies and other organizations address race and gender equity through training and engagement, diversity plans and metrics, and HR policies on hiring, pay, performance and advancement. For example, Cyrus has built on his Rooney Rule work with the NFL to advise the league on gender equity in collaboration with women’s rights organizations.

CURRENT PROJECTS ON THE ROONEY RULE:

Cyrus is currently advising a major East Coast University and a Fortune 200 West Coast company on implementation of a Rooney Rule policy for senior positions.  This work includes addressing legal and practical requirements, new policy, and change management strategies. Pam has conducted data analysis on availability to support this work and also guidance on integrating the new policy with existing federal contractor and EEOC requirements.