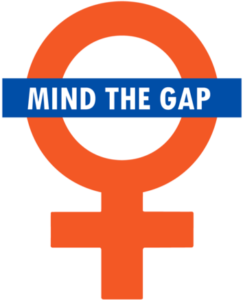 It’s Equal Pay Day, and I’ve decided not to have that conversation again – the one about exactly how many cents women lose on the dollar, and whether if you try really, really hard to narrow it down you can get it to single digits. (At the end of the day, there’s always a gap.)

That’s because I’m worried about whether our legitimate desire to quantify and explain is making it easier to justify and excuse. The law allows employers to pay men more than women when those men are more qualified, better performers or doing more complex or higher skilled work. But I am not convinced that we have the right tools to make those distinctions consistently, fairly and objectively.

So I tend to question pay equity analyses that just focus on identifying and applying differences between employees. An explanation may not be an explanation. And it certainly might not be a justification. Can we be so confident these really are objective, meaningful distinctions in practice?  Can structural gender and race bias and cultural norms affect the inputs and the outputs of the decision making process? Do we have the right data to really answer the question of whether these differences even exist? While some places are better than others, it’s hard to find a situation where every difference is satisfactorily explained and justified.

It’s hard in our imperfect world to get a perfect score.

And yet, the last couple of years have seen major US tech companies triumphantly announce they have virtually no gender and race wage gap. These studies are, to put it mildly, at odds with other estimates of pay gaps in the industry. I find them disturbingly perfect, but without disclosed methodology, who is to say if they are accurate?

Now we can bring at least one more data point to this debate.  The UK has implemented an important new law requiring many companies to disclose aggregate gender pay gaps, so we can begin to see more clearly the kinds of distinctions – and excuses – that may be in play.  And the questions we should be asking.

To take just one example, Microsoft’s 2018 UK report shows a 17% aggregate gender pay gap, with men making over 8% more than women in median hourly pay and more than 11% more comparing median bonuses. At the same time, Microsoft’s report states that when it comes to “equal pay for equal work” women working in the UK earned 99.8 percent of what men earned “at the same job title and level” – comparable to their 2017 U.S. report showing almost perfect pay parity for women and men (and for white employees compared to employees of color).

What does this mean? How can there be both a gap looking at it one way and no gap looking at it the other? It probably means that there are differences between the numbers of men and women at particular job titles and levels, with men more likely to occupy higher paid positions. That’s a useful piece of information! It suggests that Microsoft, like its peers, has more work to do when it comes to gender equity. In particular, the path to addressing the aggregate wage gap probably includes looking at trends and factors around advancement opportunities, hires and exits, or challenging assumptions around technical job paths and cross-functional work. But since we can’t see much beyond these two sets of numbers for the UK workforce, it’s hard to know exactly why they are different.  And we don’t have the comparable US aggregate numbers, meaning we know even less about what the 2017 US report might really mean.

(Of course the aggregate numbers don’t tell the whole story either. And it’s not entirely fair to hold one company to account for a problem that pervades every industry and all sectors of the economy. But aggregate reporting like the UK requires can be helpful. And it’s why I supported the EEOC pay data report that the Trump administration placed on hold.)

Getting to a virtually perfect score on a gender or race pay gap analysis can also mean making some potentially questionable technical adjustments — like excluding any pay differences that didn’t meet a certain statistical test, or not even analyzing any jobs or levels with very small numbers of women or people of color. Or disaggregating the analysis too finely, which can obscure patterns of disparity. Even if those decisions are valid and defensible in a particular case, it’s important to know about them when evaluating the bottom line number.

There are other things that I always want to know when looking at pay equity analysis, some of which are specific to certain industries or types of jobs. In industries like tech, law and finance, whether the study analyzes base pay or also includes bonuses or stock, has a big impact on the size of the pay gap. For hourly and part time work, a gap may be based on differences in hours of work, or overtime, even if there is no difference in  the rate.  Are there controls for performance, tenure or other factors?  If so, how are they measured?

Considering the effect of factors and explanations and constructing a good model based on proper comparisons is important in any pay equity study. But it’s also important to question each assumption and understand why and how a particular explanation or approach changes the result. It’s even more important to report on those choices and why you made them, allowing others to evaluate whether they are legitimate or not.

If the reason there is no statistical pay gap is there weren’t enough women in higher level jobs to study, that fact should be reported and considered as relevant piece of information that could place a 99.8 percent figure in proper context. A study that finds no pay gap for individuals at the same title and level might a very accurate depiction of wages, or it might also just be very, very good at justifying pay differences that do exist.

When I do a pay equity study, I want to learn as much as possible from the data. I want to know where there are issues and barriers, where policy or practice or culture or technology is helping promote more equity and inclusion and where it is holding the workplace and workers back. Identifying legal liability and good risk management are important, but so are productivity, competitiveness and efficiency.

Ultimately, a gender or race pay gap is like a compensation program stress test. It can help identify disconnects between what compensation should be based on and how it is actually working in practice. Even if a pay difference can be “explained” for purposes of defending against a charge of pay discrimination, it might still be problematic. It might still be hurting individual workers and the workplace as a whole.

A pay equity study can embrace some real complexity and still be good PR. Buffer, a tech company which has transparent pay (based on an objective salary calculator to ensure clear and consistent compensation levels for its employees), also released its 2018 pay gap analysis with all the numbers – aggregate gaps, adjusted gaps, differences by team and level, and a description of barriers and challenges to full equity that they are still working on.  More methodology would be helpful, but this is a more useful way to think about the numbers.

So more reporting, of all kinds. More context, more analysis and inquiry. It’s an imperfect world. I don’t buy your perfect score.