We have decades of experience in the private,
public, academic and nonprofit sectors. 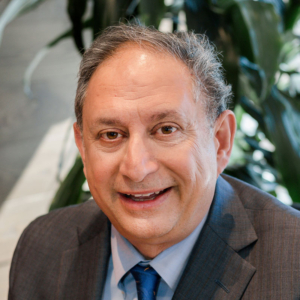 Cyrus co-founded Working IDEAL to strategically advance America’s workplaces, from Corporate America to the world of professional sports.  Cyrus is also a founding partner of the law firm of Mehri & Skalet, PLLC.

Cyrus has been instrumental in advancing equal opportunity in professional sports, both in the U.S. and abroad. After he wrote Black Coaches in the National Football League: Superior Performance, Inferior Opportunities, with Johnnie L. Cochran, Jr., in 2003, the NFL adopted the “Rooney Rule.” The Rooney Rule, named for Pittsburgh Steelers’ Owner Dan Rooney, requires that at least one minority candidate be interviewed for vacant head coach or general manager positions.  As co-founder of the Fritz Pollard Alliance, Cyrus helped the NFL achieve a record number of minority coaches, General Managers and front office personnel. Since the “Rooney Rule” took effect, 10 Super Bowl clubs have been led by a minority Head Coach or General Manager.

The Rooney Rule has been used as a model in other sports contexts and in the public and private spheres. In 2011, in a meeting heralded by the Daily Telegraph as “historic,” Cyrus began working with leaders of the English Premier League, Football League and Football Association on adapting the Rooney Rule for professional soccer in the United Kingdom. In 2015, the Football League announced that it would implement a form of the Rule. Oregon law now requires that a person of color be interviewed for every open athletic director and head coach position at any of the state’s seven public universities and for certain governmental positions. Allegheny County, Pennsylvania has adapted similar requirements for government positions. In the private sector, companies like Xerox, Intel, Facebook and Pinterest have also adopted forms of the Rule.

Cyrus’ work has been featured in several books, including: “Advancing the Ball – Race, Reformation, and the Quest for Equal Coaching Opportunity in the NFL”, by Professor Jeremi Duru; “Roberts v. Texaco: A story of Race and Corporate America,” by Bari Ellen Roberts with Jack White, and “The Real Thing: Truth and Power at the Coca Cola Company,” by Constance L. Hays.

A frequent writer and speaker on issues of workplace equality, he co-authored the paper, “21st Century Tools for Advancing Equal Opportunity: Recommendations for the Next Administration” and its follow-up, “Defending Twentieth Century Equal Employment Reforms in the Twenty-First Century,” and “A Few Thoughts on Tackling the Issue of Diversity and Inclusiveness in Law Firms.”

He has written extensively on securities enforcement and corporate governance, including “Stock Option Equity: Building Democracy While Building Wealth,” and  for Fordham Journal of Corporate and Financial Law, 9, 99-152 (with Andrea Giampetro-Meyer and Michael B. Runnels).

Among other career honors, Cyrus has received the Cornell Law School’s Public Service Award, the Award of Excellence from the Pigskin Club of Washington, DC, and has been profiled by along with other successful Iranian-Americans.

Cyrus serves on the advisory board of Cornell Law School and the judicial nominations committees for the American Constitution Society and the National Employment Lawyers Association. He also serves on the boards of the labor oriented Peggy Browning Fund and Farmworker Justice.

Cyrus is a frequent guest on radio and TV, and a popular lecturer on CLE programs. He has written movingly about the tragedy in his hometown of Newtown, Connecticut, and has been published calling for Universal Community Service.

Selected interviews and appearances include:

Cyrus graduated from Cornell Law School in 1988, where he served as articles editor for the Cornell International Law Journal. He clerked for the Honorable John T. Nixon, U.S. District Judge for the Middle District of Tennessee.