Jenny Yang, Strategic Partner at Working IDEAL, was commissioner of the U.S. Equal Employment Opportunity Commission from 2013 to 2018 and is a senior fellow in the Center on Labor, Human Services, and Population at the Urban Institute.

The Supreme Court decided Monday to hear a trio of cases addressing a long-disputed and critically important question: whether discrimination based on sexual orientation or gender identity is prohibited under the Civil Rights Act of 1964. This issue has profound implications for our understanding of the meaning of equality. Although this question has fractured the United States for decades, the answer should be easy.

Title VII of the Civil Rights Act bans employment discrimination “because of [an] individual’s race, color, religion, sex, or national origin.” Sexual orientation and transgender status are not listed as specific protected categories. But no such language is required. The beauty of our nation’s civil rights laws is that they protect everyone — including lesbian, gay, bisexual and transgender people — who faces discrimination based on sex.

Under Supreme Court precedent, the question should be whether an employer relied on sex-based considerations or took gender into account when taking the challenged employment action. In 1989, the Supreme Court established in Price Waterhouse v. Hopkins that discriminating against an employee for not conforming to gender stereotypes — in this case, not walking, talking or dressing “more femininely” — is sex discrimination. The court concluded that Title VII means “that gender must be irrelevant to employment decisions.”

In 1998, a unanimous Supreme Court in Oncale v. Sundowner resolved a dispute among the lower courts, finding that Title VII prohibits the “entire spectrum” of sex-based discrimination — even a man harassed by other men. Although Congress may not have contemplated this situation when it passed Title VII, Justice Antonin Scalia, in writing for the majority, called for “common sense” in evaluating claims in “social context,” recognizing that “statutory prohibitions often go beyond the principal evil to cover reasonably comparable evils.”

In 2015, while I served as chair and commissioner of the U.S. Equal Employment Opportunity Commission, we deliberated carefully before concluding in Baldwin v. Department of Transportation that discrimination based on sexual orientation is discrimination because of sex. The commission determined that this reading of Title VII is the most faithful and common-sense interpretation of the plain words of the law and Supreme Court precedent. In 2012, the commission in Macy v. Department of Justicereached a similarly straightforward conclusion that discrimination against transgender people is a form of sex discrimination.

In Baldwin, the commission explained that the concept of sexual orientation is inseparable from and cannot be explained without reference to sex. Indeed, an employer that fires a woman because she has a female spouse has taken gender into account where the employer would not have fired a man for that reason. In addition, courts have long recognized that employers cannot discriminate against employees for associating with someone based on race, and these principles apply equally to same-sex relationships.

To be sure, when the commission decided the Baldwin case, we were well-aware of the contrary precedent on this issue. Although earlier case law essentially carved out an exclusion in Title VII for discrimination based on sexual orientation even if related to sex, this reading finds no support in the statute. Indeed, many of the cases holding that Title VII does not cover sexual orientation either predate the Price Waterhouse and Oncale decisions or reflexively adopted earlier outdated reasoning.

Notably, this precedent developed largely in the 1970s and 1980s when same-sex relationships were not just a cultural taboo, but also a crime in many states. These cultural biases prevented a straightforward application of the sex discrimination language of Title VII. Today, we have an opportunity to ensure our understanding of equality is not the product of historic biases.

I am often reminded of Justice Anthony M. Kennedy’s words, writing for the majority in recognizing marriage equality, that the “nature of injustice is that we may not always see it in our own times.” Throughout history, we have seen that, as our nation evolves, we continue to define what it means to be equal.

Most courts once ruled that sexual harassment in the workplace was a personal matter or an inevitable result of having women in the workforce and not a form of sex discrimination. Often it takes a cultural shift to change our understanding of long-standing practices that may have been widespread and tolerated but are unjust and illegal.

Today, courts are increasingly recognizing that no statutory basis exists for excluding LGBTQ individuals from the rights provided to us all. The ability of millions of Americans to support their families and live with dignity should not need to wait for further congressional action. Congress has already spoken by prohibiting discrimination based on “sex.” And that is why this should not be a hard decision. 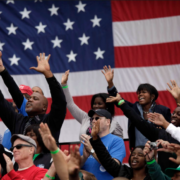 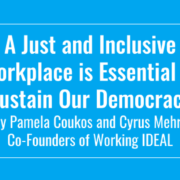 A Just and Inclusive Workplace is Essential to Sustain Our Democracy 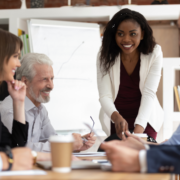 How Your Company Can Take Action to Close the Wage Gap 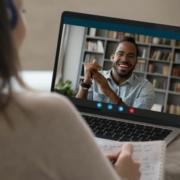 7 Ways to Promote Diversity, Equity, and Inclusion in Hiring 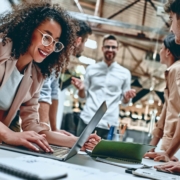 Building a Culture Code to Promote Respect in the Workplace 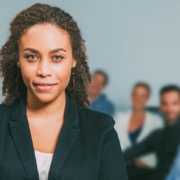 10 Steps Toward Equal Pay: A Call to Action for the Biden Administration 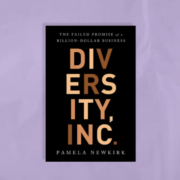 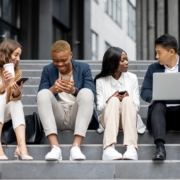 5 Reasons Why First-Generation College Students Should be a Target Population in Diversity, Equity, and Inclusion Efforts in the Workplace
Making California’s New Gender Inclusion Law for Boards of Directors A Su...